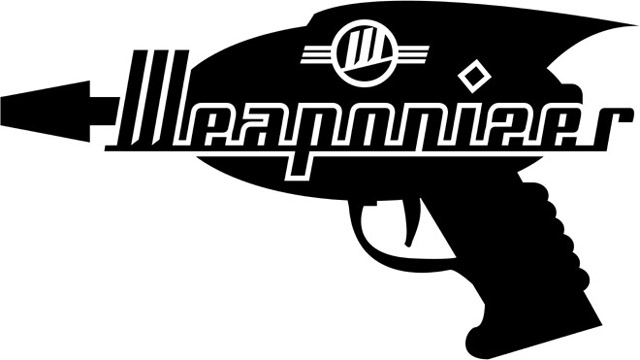 I am Bram E. Gieben, also known as Texture.

First and foremost I’m a writer – I write prose, poetry, scripts and journalism. I’m also the curator of  two websites. Weaponizer publishes short fiction and nonfiction. Black Lantern Music releases electronica, hip-hop and experimental music. Both sites are made possible by emerging creators donating their work under Creative Commons licenses. I commission, edit and administer both sites, and do a little bit of web design.
As a writer, I guess I would call my work speculative fiction. I’m fascinated by concepts of identity, particularly where it relates to altered mental states, transhumanism and memetic theory. As a poet, I tend towards writing verses about speculative fiction concepts too, although there are also elements of chaos magick, protest politics and (let’s face it) self-indulgent emo crap! I’ve been a performance poet for about 4 years now, and have won a few slams. In 2007, I published my first collection, Chemical Poets Manual 01, a collaborative piece with two other poets. I also released an album, Future Proof, with producer Morphamish, under the name Double Helix. We are currently working on new tracks, although we have abandoned the Double Helix name.

I posted a list of ongoing projects to my LiveJournal yesterday – they include a play script, a movie script or two (for independent production), some documentary and short film ideas, the creation of an online clothing store for my two sites, and a collection of the best of Weaponizer so far. I’m still trying to decide between POD and small press for the collection – I’ve been very inspired by the recent posts by Ariana Osborne, Wil Wheaton and Warren Ellis on POD, and am hugely impressed with the POD efforts produced by Will Couper and Will Ellwood.
Musically, I’m working on material with Morphamish, and also with the Chemical Poets for release in 2010. My first solo EP, Aphasia, part of a planned trilogy, is out this week – I’m very excited about that, and can’t wait to hear people’s reactions. It’s the first time I’ve done a verse over (relatively) trad hip-hop beats… it’s also the first time I’ve officially released any of my own production work, so I’m super-awesomed to be ready to pimp it.

Interesting that this question is ‘what’ not ‘who.’ It is a difficult one to answer!
First and foremost, I’d have to say that comics are my greatest inspiration. From age 15 onwards I was a devotee of Grant Morrison – read everything he wrote, from Invisibles onwards. His treatment of magic, science and memes in Invisibles had a profoundly formative effect on my outlook and interests, and guided much of my initial reading into technology, science, psychology and so on.
Discovering Warren Ellis via the Transmetropolitan trades was also a revelation… it led me on to reading Bad Signal, joining The Engine and Whitechapel, getting interested in POD / Creative Commons… all of which has been very important for me. Whitechapel is incredible – such a hive of talent, activity and most importantly, good will. Warren has also been very supportive of my work so far – he posted the Double Helix album on his blog, and included a rough cut of one of my tracks on his The4am podcast. So I can definitely say I wouldn’t be who I am today without comics, and comics writers.
My passion for music is also longstanding, moreso even than comics. At an early age I was memorising Snoop Dogg, Cypress Hill, Public Enemy – I had an insatiable appetite for lyrics. Finally Morphamish convinced me to actually write some rhymes (rather than the terrible emo poetry I was churning out at the time), and we began recording – this also led me on to doing performance poetry. I love all types and genres of music – I’m as big a fan of Prince as I am of Nirvana – I like black metal as much as I love dubstep. I DJ’d regularly from 1999 to 2007, playing a mixture of breaks, electro, techno and dubstep. That definitely influenced my writing – clubland, drugs and music all feature heavily in my work.

The greatest misconception is that giving away your art for free on the internet is a stupid strategy. I think that anyone who is urging an emerging artist to strictly adhere to a paying model is being quite naive about the way the creative industries work these days. I have accepted that I may never make a living as an artist. I’ve made peace with that. I make music and write to develop my talent and explore my interests, not to one day “make it…”
Which isn’t to say that I don’t want to be a professional, paid artist – just that it is not necessarily my absolute goal. Once I abandoned the ‘make it’ attitude, I was a lot happier and more creative. But many friends, particularly those who work in sales, think I am crazy. They think I should be sending short stories to magazines, demo tapes to labels and so on… but quite honestly, sharing music and writing for people for free makes me so happy. I love it.

In terms of online fiction, I think the real problem is length. People don’t like to read stuff online that’s going to take more than 5 or 10 minutes. I’ve put a print button on my site, so that the old and feeble of vision can print the stories and read by the fire with their pipe and slippers. I’m also working on the concept of a WeaponZine that could be printed and distributed in the meat world.
I think writers need to take a leaf out of the ARG (Alternate Reality Game) playbook, and start making the content of their fictional stories more interactive. I’m attempting to do this in a basic way with my ongoing serial 2019 – the stories contain external links. I think the online story should keep evolving, until it resembles something more like the Doktor Sleepless Wiki, or an ARG platform.

It’s been a steep learning curve for me – in high school, I learned on BBC computers! Anything I know about technology comes from being self-taught, and learning from friends. I have learned rudimentary PHP / HTML skills, basic graphic design…
I truly believe that technology has massively democratised the creative industries (at least among the predominantly white, middle-class, ‘first-world’ people who have access to it in a meaningful way… but that’s also changing). I think we are moving very quickly towards a culture of universal authorship / artistry, whereby the culture of elevating artists to celebrity status is gradually replaced by a huge movement in self-created, high-quality art from people seeking not fame, not money, but self-expression and happiness. I would like to think that we could approach a society where ‘… no art is special, but everyone is a special kind of artist,’ to paraphrase Hakim Bey.

Don’t ever take shit from fools. If it seems too good to be true, it probably is. Never trust a human being, unless you do. Walk softly, and carry a big blaster.

A lot of stuff actually – Will Ellwood’s Captain Space Bastard & Other Stories, a first draft novel by ICAM, the last two issues of Wired UK (I’m a subscriber… love that magazine). Every day I read blogs like Coilhouse, Jan Chipchase, BoingBoing and so on… I think I follow about a hundred RSS Feeds if not more, although I’m not completely assiduous about it. Comics-wise, I am really digging Jason Aaron’s Weapon X series, loving Garth Ennis’ Crossed, and of course loving all the current Ellis stuff, like Supergod and Astonishing X-Men. Warren is the only writer I read religiously. I buy everything he releases.

I’m currently listening to, over and over again, an amazing album called Shouting at The Wind, by Edinburgh’s Eaters. I published a long review of the album on my blog. It’s the most exquisitely crafted, personal, raw and honest record. I recommend everyone to go and buy it – best fiver you will spend all year. I’m also checking out our next Black Lantern release, Nihilymous Germscapes by Harlequinade. It’s dark, hilarious and very addictive. Har-Q is the only rapper in the genre I like to call Lovecraftian Hip-Hop.

You should know about Space Shark. My current favourite webcomic, save Freakangels of course!