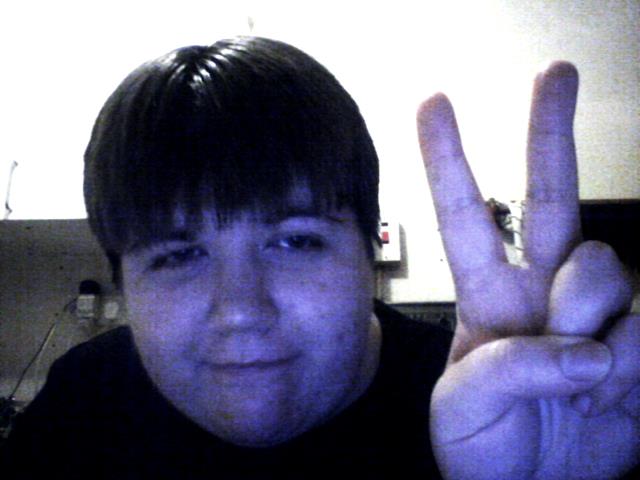 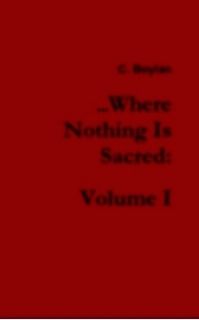 I spend a lot of time kidding myself that I’m not an insignificant speck of lint in the arse-crack of a huge universe; that therefore it’s not pointless for me to write…and so I do.

I’m still stuck in that unknown zone, where no one’s really sure what they’re doing or why they’re driven to do it but they keep hoping it’ll amount to something meaningful eventually.

what are you currently working on?
I published my first POD collection of poetry this year, which still feels kind of cool even if it hasn’t attracted much interest in the wider literary scene. Right now, I’m focusing more on prose, trying to collate a portfolio of short stories [just to see if I can – I have a bad habit of trying to turn every idea into a novel, which ultimately dies about halfway through].

In addition to that, I’m working on some informal political essays, which means researching complex mind-fucks like the Palestine conflict and trying to reduce them down to clear concepts that everyone can relate to.

Oh, and just for kicks, I’m trying to write down all the memories that I can, per year that I’ve been alive. I read ‘The Secret Life of Salvador Dali’ a while ago and felt challenged by that guy’s unembarrassed attitude to total recall.

what has had the greatest influence on your work?
Whatever it was that made me want to be a writer when I was five years old. If time machines ever get invented, that’s the first thing I want to go back to find out.

Other than that, I guess life in general and everything I’ve ever read that spurred me on.

what is the greatest misconception about you or your work?
People seem to think I must be a confident person because I have a “strong written voice”, but I’m not. I’m an emotionally retarded wuss – something which I guess writing provides a welcome escape from.

what do you see as the main strengths and weaknesses of the medium you work in?
In order for a writer to make a living from what they do, their work has to sell; to sell, it becomes a hostage to marketing; to market, you have to make it seem entertaining…and entertainment constantly treads the shallow waters of fashion. Books are becoming as susceptible to cultural trends as music or TV – e.g. crazes like Harry Potter or the Twilight series – and this seems to translate as ‘you gotta dumb it down for the audience’.

Luckily the strength of writing is that, if it’s good, it should find its audience and they won’t want you to dumb down. They’re called readers – and I think people are more loyal as readers than they are as ‘TV viewers’. Maybe I’m biased, but I feel that a well-crafted story or poem stays with you forever once you’ve read it, whereas an episode of The X-Factor or whatever…that gets dumped in the cerebral junkyard as soon as the credits are rolling. A good book becomes a part of you; a fad is something you dismiss and try to forget once it’s over.

Like I said, it could be bias. Maybe if I gave The X-Factor a chance, I’d regard it with equal respect to Orwell, Steinbeck, Larkin etc…or, maybe not.

how has technology impacted upon the work you do?
I’m usually a self-confessed technophobe, but I have to admit that computers and the Internet have had an undeniable impact on my writing life. Pre-computers [meaning before I came into contact with them, not before they were invented, seeing as I’m only 23!], creating and editing a lengthy written project was a lot harder. Without the Internet…shit, it’s actually pretty scary to think about. I wouldn’t be able to meet, befriend and interact with other writers in casual environments like those provided by online sites, exchanging feedback and inspiration. I wouldn’t have read half as many Indie publications, because I’d be less aware of them. I wouldn’t have discovered – via YouTube – the Slam Poetry scene, nor have come across great performance poets like Andrea Gibson and Shira Erlichmann. My book probably wouldn’t be published, and I couldn’t spread the word about it for free.

Looks like I owe the Internet a massive thank-you.

what’s the greatest piece of advice you would like to pass on?
Emulation happens to everyone – but as soon as you can, strike out for your own trade of originality. The world has enough vampire romances and stories about schoolboy wizards for now; if all you want to do is imitate another writer, you may need to re-examine your motivation.

[Please note: the above was typed bitterly by an unknown, penniless writer…]
where can we find you online?

I’m around on several writing sites, mainly http://wp-cia.ning.com/profile/CBoylan and

My book can be found at:

what are you reading at the moment?
Edgar Allan Poe: Complete Tales & Poems. It’s the heftiest tome I own – if Poe saw it, he’d probably incorporate it into his stories as a frigging murder weapon. I bought it because I wanted to read his poems [because I was tired of seeing reviews that declared something to be ‘Poe-esque’ just because it mentioned a raven or was a bit dark and having no idea whether they were talking crap or not] but I remembered liking The Tell-Tale Heart when I was younger, so went for the whole package.

I’ve had it for over a year, the poetry’s right at the back and I haven’t got to it yet because I keep taking breaks. The majority of his stories are gripping and/or funny but when I read two dull ones in a row, I have to put it aside for a while and read something else.

It’s never taken me so long to finish a book before – but I’m determined not to cheat and skip to the poetry, so I’ll have to keep trudging through.

what are you listening to at the moment?
The UK’s current hip-hop cousins of poetry: Riz MC and Scroobius Pip. Some of their work can be found on YouTube.

anything else we should know?
I’m open to reading and reviewing/befriending writers – the good, the aspiring, the despairing etc – on the sites mentioned above, so feel free to drop by.

One thought on “Raef C. Boylan”