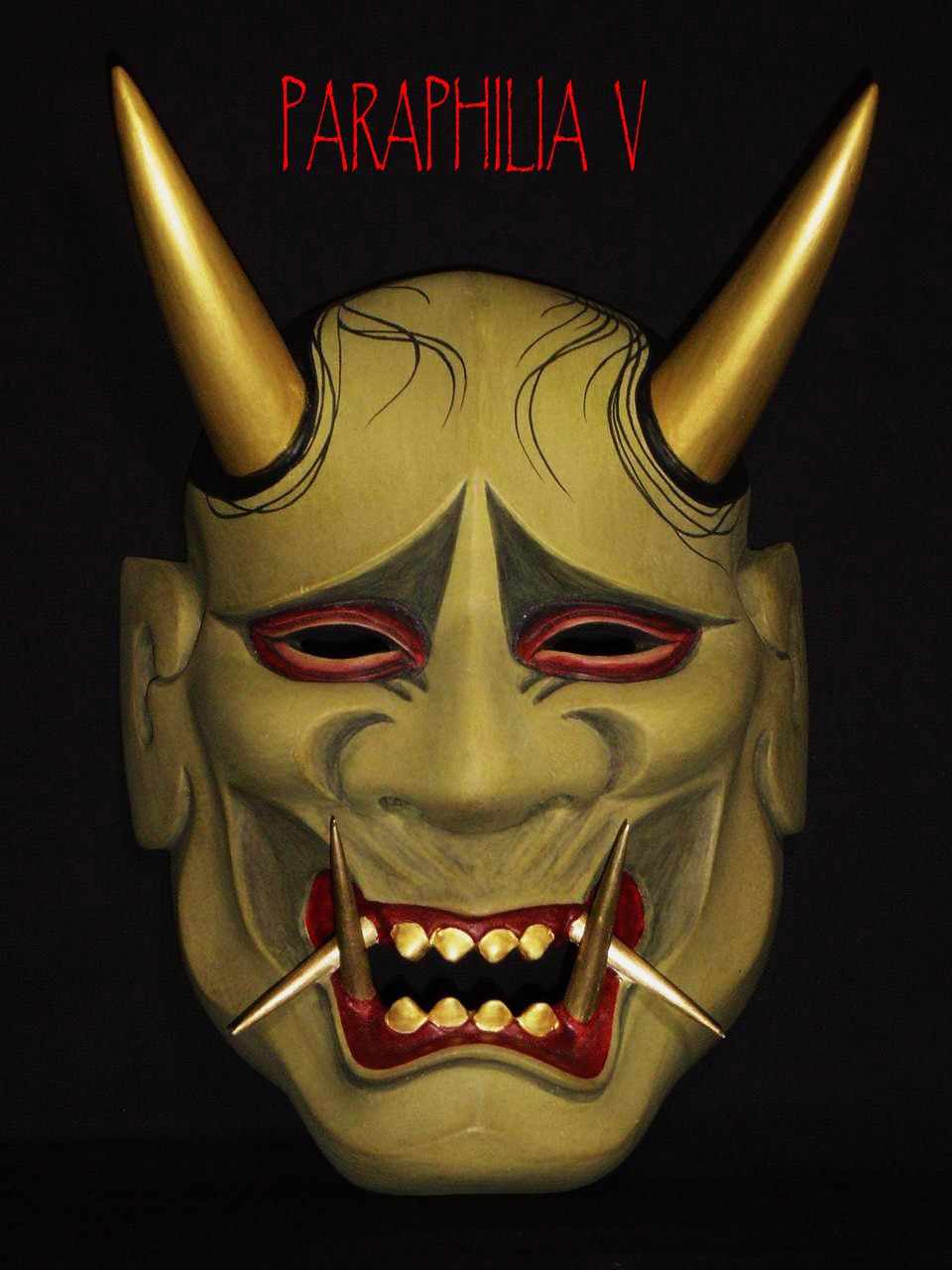 We are currently operating as PARAPHILIA MAGAZINE.

Dave: We are a publishing venture showcasing what has in the past been called experimental, underground and/or Transgressive art, literature and music. However, we want to ditch those labels and bring this sort of material into the mainstream, to redefine, in essence, what constitutes the mainstream. We are NOT a fetish or sex publication, although some of the material we publish deals with those topics in passing, along with all sorts of other things that constitute everyday life.

Díre: We’re in the process of planning the next season of issues – including the new music quarterly – and assembling PARAPHILIA VI, which we’re aiming to release in late January.

Dave: And a new line of books, which will basically constitute the sort of things we’d love to find in bookshops ourselves but which currently don’t seem to exist anywhere. Weird and marvelous stuff.

Dave: To be honest, and not attempting to be oblique or evasive, everything we’ve ever read, watched, listened to, ingested, eaten, drank, liked, hated, everyone we’ve spoken to, fought with, fucked or done business with in any way – all of that has had an influence. Life is like a tapestry that you’re woven into and it’s misleading to try to pick any particular thread out of it. The tapestry would fall apart.

Díre: As Dave stated above, that we’re a fetish or sex publication, although that idea seems to be fading now that we’ve produced five issues which clearly indicate otherwise. On a personal level, it does seem as though people misread us on occasion, although I have no explanation for it other than close-mindedness and snap judgments based on our “wrappers”, which is human nature, I suppose. The editorial in PARAPHILIA IV addresses the issue.

Dave: I also think that people see us as somehow dwelling on ‘dark’ or gloomy subject matter. People seem to think I’m a pessimistic or doomy person, whereas in reality I’m quite happy and generally fun to be around. When I’m with people I spend most of my time laughing. Paraphilia actually has a very vibrant and entertaining ‘picaresque’ basis to it. I see it somehow like a carnival sideshow or fairground, albeit a fairly bizarre one.

Dave: Well the internet is the medium we work in and I think its strengths far outweigh any weaknesses it might have. If pushed I would have to say that If there is any drawback it might be that it is too easy nowadays to get work out there, but then again people are generally capable of discriminating between something of value and something empty or pointless. I trust that they will find a lot of worth in the work we’re helping to disseminate.

Dave: What we are doing wouldn’t be possible without the internet. It’s not just a case of it being a tool that we use to disseminate our material. Our material is inextricable entwined with the medium. It’s grown in it like a type of soil.

Díre: The internet has enabled us to bring people together from all over the globe. Not merely artists of various mediums, but kindred spirits. Without it, PARAPHILIA never would have come to life and burgeoned into the beautiful beast it’s become.

We can also be found at:

Díre: Since launching the project in early 2009, I haven’t had much time for recreational reading. These days it’s more or less limited to the submissions that come in. I hope to change that sooner than later by developing better time management skills, which is probably a pipe dream.

Dave: In December and January I read a lot of old ghost stories; MR James, Sheridan Le Fanu, EF Benson. Not much else, to be honest, except for the material that is submitted to us. Oh – I had Brian Eno’s biography ‘On Some Faraway Beach’ for Xmas. That’s a nice book.

Dave: The rain.
Díre: My stomach growling to the tune of Earl Hooker’s “You Got to Lose”.

Dave: The winning numbers to next week’s Lottery. If you find out, please pass them on.

One thought on “Paraphilia Magazine”