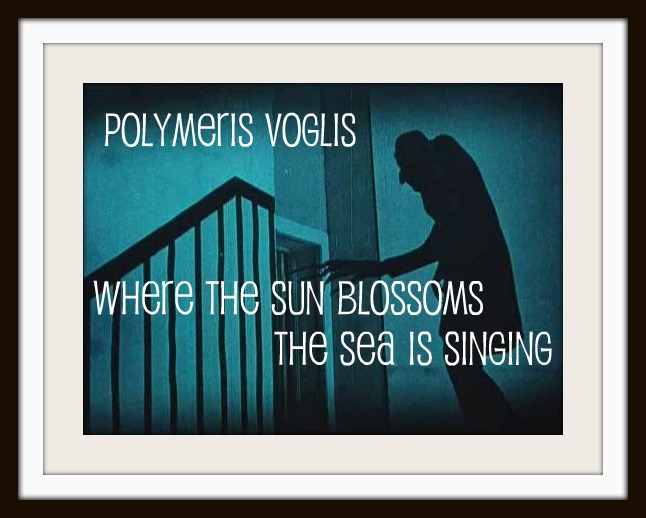 How would you describe what you do?
Writing is a very lonely and most of the times a painful activity. To me it provokes a dose of anxiety as well, because I’m thinking what the greatest writers of the past might say if they could read my work. In a way I carry them and most of the times I feel that they would be disappointed. From that point of view my work is a chronicle of my failures.

What are you currently working on?
Inspired by Dante, I’m working on a new poetical series.

What has had the greatest influence on your work?
Other writers I guess. I’ve always admired the work of (mainly but not solely) the so-called classics; I’ve always found them very modern. But they weren’t the only ones that have had inspired me. Navigators and explorers should be added as well such as R. Amundsen, psychologists like W. Reich, filmographers like Man Ray, C. Chaplin, L.Bunuel, A. Tarkovsky, I. Bergman and J.L.Godard, the Surrealists and the Saints of Non-Compliance such as Voltaire, K. Marx, F. Nietzsche, P. Kropotkin, C. Darwin, A. Einstein, T. Adorno, and A. Empeirikos.

What is the greatest misconception about you or your work?
I think that the greatest misconception about a writer or an artist is his own biography. During the last years, mainly in the humanistic studies, the endless psychologication of the forms of art has been developed; that means they’ve tried to approach let’s say the writings with terms of biography. Apparently the stranger a work is the more we have to delve into endless discussions about the personal life of the writer. The situation is ridiculous; it is like using a crowbar to open a bottle of jar! And it every time it fails to explain why the reader can find traces of his own life, of his own remarks, of his own fears and hopes within a text.

As far it concerns my work, the greatest misconception is that it is incomprehensible. Up till now, I can surely justify every single line in it, its form and its expressions but truth be told, a book once written always surpasses the aims of its author, the author’s mind is not the only key to unlock a book’s idiosyncrasies.  Maybe some books are eager to remain locked. And why a book should be comprehensible after all? A book of poetry is not a collection of cooking recipes.

What do you see as the main strengths and weaknesses of the medium you work in?
The medium does not exist in vacuum, does not have in its own right strengths and weaknesses. The modern readers expect far too much from their readings – they want something akin to salvation from it. They want to find a meaning, in the text or the form, which will substitute the chaotic elements of their life or they will find a deeper interpretation of apparently understandable phenomena. Eager to read they expect to find their new Bible or something like that. On that we deceive them; no such a thing can be found.  In the region of either science or of poetry limitations exist, exactly because we are limited; our forms of observation are limited. Of course, there exists the hope, and I deeply believe in that, science will provide the final conclusions about the universe, its nature etc. And in poetry, like T.S. Eliot wrote, the “veiled sister” will be there to console us; I don’t think that there is a bigger aim in poetry but this; to consolidate, to mourn next to us, for us. But some readers don’t want that, they want “happiness”, they want to be “reassured”. Thus they cling to what mocks them the most; tales about gods and angels, life after death, psychic powers, self-help books and the rest paraphernalia of the decline of the Enlightenment. Yet, to put it with the words of Leopold Bloom, “the survivors of the 4000 years old ontological war” through their writings define the essence of the human soul way better and more accurate than Freud and his epigones ever did. From that point of view, we are indeed, the books we read.

How has technology impacted upon the work you do?
The only think that I dislike about technology is that the internet as a medium of publication is inhuman. The paper, even the epigraphs on the stones exactly because they can be worn out or destroyed hold this similarity on that with the human nature. Their fragility is contemplation for our fate. Yet, internet is indestructible; in the millennia to come any book published there shall exist in its exact form. It is the eternal presence in the realm of the real; I think that nothing has ever prepared us for such a thing.

What’s the greatest piece of advice you would like to pass on?
I don’t believe in the pedantic value of advices, not to mention that there exists a quote for everything. Each and every one of us I think starts from the point-zero and has to explore the world, a world given in advance in a mutilated form.  This form is the others. Everyone has to create a world, to enrich it. With the “joy of the man who forewarned that all others before him have failed, [and] who refuses to admit defeat, who sets off from whatever point he chooses, along any other path save a reasonable one, and who arrives wherever he can” as A.Breton has said. A world wonderfully limited by the man-creator with his/her little charms and faults, the society-creator with all her beauty and cruelty, and the horror of the pitfalls… And it is for the latter that I have to say that the justification of the world consist an act of treason, and perhaps that will be my only whisper but not my advice.

Where can we find you online?
I think that the easiest way is through my FaceBook account, https://www.facebook.com/home.php#!/ray.dunkle

What are you reading at the moment?
I’m reading Primo Levi’s “If This Is A Man”.

What are you listening to at the moment?
I answered the questionnaire whilst I was hearing Verdi’s “Dies Irae”.

Anything else we should know?
I am a passionate atheist. I reject any forms of religion, mysticism and occultism. Also, my book, “Where the Sun Blossoms the Sea is Singing”, which is under my real name, Polymeris Voglis, can be found here: http://www.amazon.co.uk/Where-Sun-Blossoms-Sea-Singing/dp/B004OYULPW/ref=sr_1_1?ie=UTF8&qid=1303544609&sr=8-1