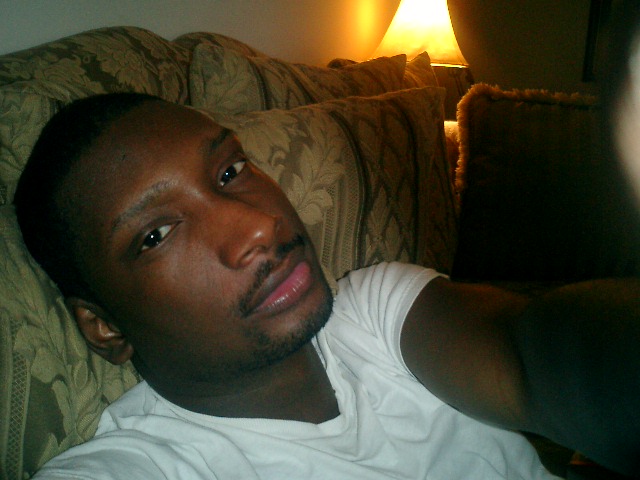 What is your name?

How would you describe what you do?

I’ve always found this a somewhat bizarre question when an artist is on the other end of it. There are so many answers, you know? For the sake of being slightly less long-winded than usual, though, I’ll go with, “I explore possibilities great & small with words.” A less arrogant, FAR less pompous answer? I’m a writer. I’m a guy who looks forward to the day when I can live out the most far-fetched fantasies in my brain for a living.

What are you currently working on?

At the moment, I am working on what will hopefully transform into a proper novel one day-a thing called Power: That Ultimate Feeling. I see it as a mixture of Sci-Fi & Politics. Yeah, yeah, I know-TYPICAL stuff, but I am really rather loving the writing of it at the moment. This could change at any time, &, indeed, has, several times. I am also working on a short story collection–most of the stories within are based on life in my hometown, Goldsboro, NC called Bluefoot Insurrection Deux . I’m a history buff, so this roving thread of insane stories is chock FULL of cool little local history tidbits-a bit of what I am trying to do reaches over one hundred years into my hometown’s bizarre past. There are unexploded hydrogen bombs, witch doctors, canine solar systems, & insane asylums involved. See? Why WOULDN’T you read it? Lol. I’m having the time of my life writing it. Also, I’m obsessed with flash fiction right now.

What has had the greatest influence on your life?

What is the greatest misconception about you or your work?

The greatest misconception about what I do-I’m going on what I’ve heard from readers over the years-is that it represents who I am to a fault, which isn’t so. Well, sometimes this is an assumption that comes pretty close to the truth, but more often than not, I’m doing the same thing most writers do; writing what interests me at the moment. The greatest misconception about me is that I like being wordy. I am not a man in love with his own voice; it just takes a longer route for me to get my point across as I see fit.

What do you see as the main strengths and weaknesses of the medium you work in?

Well, the strengths & weaknesses of the medium I am STRIVING to live in full-time aren’t very easy to pinpoint, as they shift every few years, as far as I can tell, but again, for the sake of being less talky-The biggest weakness of the writer’s medium in this day & age are coercion tactics used on neophyte writers by more than a few of the more prominent publishing houses. “No need to be original or thought-provoking or YOU or fun or even marginally intelligent when it comes to this writing thing, my friend. Do what’s come before we gave your work a fighting chance & completely emulate every pop culture-driven thing that’s come before-we will take care of the rest…either this, or no published life for you, ese.” To any writer who works towards being published every day of the week, this is a HUGE weakness within the industry, as one must keep in mind the fact that we live in an age in which “self publish” is a very dirty phrase. Archaic, TOO simple, too eyes-on-the-prize, you know? Not many take the self-published seriously. Often, he or she is a pariah, cast outside of his or her world. All for want of being true to oneself. There are hoops within hoops within hoops within hoops when gone about the “right” way. To me, this isn’t at ALL attractive, & invokes about as much genuine hope as a Republican mind plague. The greatest strength? ANYTHING is possible when nerve, bravery, heart, & skill are applied.

How has technology impacted upon the work you do?

Well, there’s obviously the Interweb, which gives one a virtually endless audience. Never a bad thing. Also, the Interweb affords one ENDLESS advertisement space, totally free advertisement space. On top of this, on the more tactile side of things, typing is preferable to longhand to me. I know, stupid, but my hands are prone to agonizing cramps & you DID ask. There are literally THOUSANDS of ways my work has been impacted by technological growth, but I doubt me speaking about it any further would unearth any answers you’ve not read/heard before. Technology is GREAT for the modern writer. Heck, I may even E-publish a thing or two in the future.

What’s the greatest piece of advice you would like to pass on?

Listening to your readers is VERY important, as these people are essentially your everyday editors, people who are sometimes more reliable than the professionals. More honest. Another piece of advice? Be true to the storyteller you

In the end, you’re writing for yourself (not that you don’t desire an audience), which means comfort with yourself is absolutely necessary if you’re in it for the long haul. Do what makes YOU happy. Be open to learning new things, to improving…ALWAYS.

Where can we find you on line?

Mainly Facebook, under the name Broadie Thornton. WritersCafe.com, under Hawksmoor. There are blogs online that I’ve neglected, usually quite visible when Google is used.

What are you reading at the moment?

What are you listening to at the moment?

Anything else we should know?

Well, I’m pretty insane. Is that a thing you’d like to know?