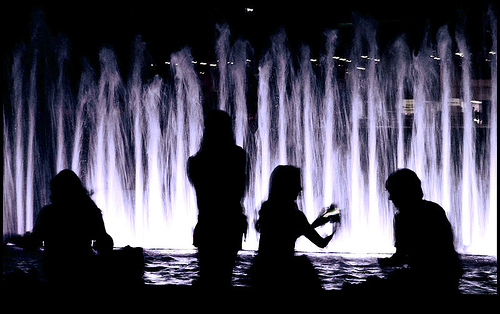 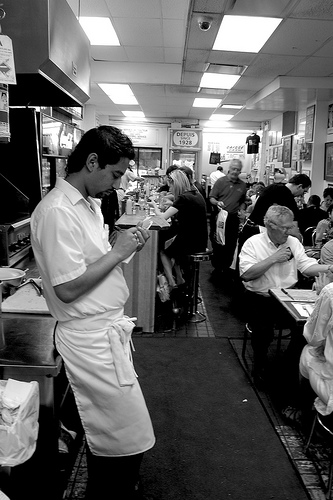 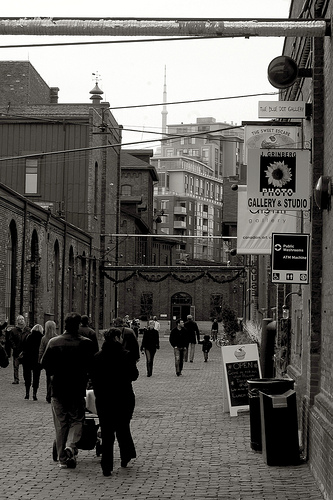 how would you describe what you do?
Oh jeez…this always takes a bit of time so I’ll try to shorten it.  I’m a photographer, writer, graphic designer, videographer (primarily in the field of making promotional videos and mini-documentaries for music artists) and film editor.  I also like putting together “community” projects for fun.

Currently I’m taking some photos and putting them up for sale, getting prepared for a comics project starting maaaaaybe in January, waiting for film work for the new year, and maintaining the ongoing Notebookery project.

Music.  I grew up in a family that was involved in themusic business (dad’s a top music journalist and mom’s a publicist) so music has always been a huge part of my life.  Movies have also helped in the regard that it showed me that with the right music you can capture just about any kind of mood from your surroundings.  Although people who view my photo work at least can’t hear the music I was listening to while taking the photo, I really try and bring forth the tone that the image and music helped provide for me.  I don’t even know if that makes sense.  Oh well.  Music and films!  They’re my greatest influences!

I guess that it would be that I’m confident in my work.  I’m not.  I’m always looking at my stuff and giving that little frown that only creators can do and am constantly trying to improve myself so that in my eyes I can view my stuff as “pretty okay”.  When I get to “Hey, that’s actually not too bad” I will be throwing a party.  But it’s a good thing because I’m always evolving.

The main strength is that it is fun as hell.  Regardless in what I’m doing be it the photography or the film or the writing…you get to force yourself every damn day to look at the world differently.  It’s like willing another universe in to existence and trying to rip something out of it and bring back in to our world.  Sometimes you come up with a LOT of crap but the times you find something that works…fucking magic.

Main weakness is…nearly everyone and their pet hedgehog are in to the same thing and it makes finding paid work in your medium hard.  But it’s only a deterrent if you want it to be.  Keep improving, keep setting out and doing stuff and network like HELL and pretty soon you’ll stick out.  You still might not get paid much, but it’ll be something.

Quite a lot!  I think I’d be out of a job if it wasn’t for Photoshop or Final Cut Pro.  Not to mention the internet is great for networking to a more international audience.

Get out there and do what the hell you want to do.  Don’t do it for anyone or anything else.  Just you.

I must admit that at this moment Don’t Stop Believin’ by Journey is on.  SHADOWS SEARCHING IN THE NIIIIIIIIGHHHT!

I once cut in half a bone that was believed to be from the Virgin Mary.  No, I’m not joking, yes it was probably very illegal and yes I’ve made peace with the fact that I’m going to Hell.  It was back when I was working for this production company who were going on explorations for stuff of a biblical nature.  Anyways, by the end of the day I had Virgin Mary all over my shirt because a draft came in my office.