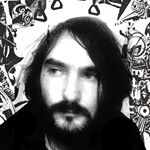 A lot of freelance work for major and minor publishers that’ll hopefully free me up to work on my own things. I’ve written a short story I want to make.

Looking at all my current writing? Relationships, mostly.

I love music, and while music is easily incorporated into cinema, in comics you have to cope with its absence. It’s a silent medium. You can’t use the emotive or textural quality of music to strengthen your work. It’s a limitation of the form, but by working with that limitation, your work will be stronger. Trying to circumvent it is terrible (i.e. writing the lyrics out on the page or putting a “suggested soundtrack” in the back or something).

Can you imagine if Adrian Tomine’s Summer Blonde had a little boxout that said “soundtrack: a perfect day by Lou Reed” over a picture of the main character being all sad? It would be the fucking worst. That’s why they don’t do it.

N.B. I don’t hate all music in comic books. 80’s 2000AD stories used to incorporate songs into their stories as a funny goof, and you were asked to come up with the music in your head (“Apocalypso” springs to mind). It worked, but it worked because the tone was light. That stuff is ok.

I’ll get back to you on the “strengths” part.

I get to handle every aspect of the production myself, which is a good and a bad thing. More control, but everything takes a lot longer. Mind you, that might be a problem with me more than it is a problem with technology. Perhaps I just need to relinquish more control.

I don’t feel like I’m far enough along in my career to be giving people advice.

Mostly, a lot of conspiracy theory message boards. We thought the internet was going to bring us into an age of enlightenment but it’s actually just taught people to never, ever listen to anyone who disagrees with them, to the point where a growing number of people now think the world is flat. Also Donald Trump is the president.

My wife and I are listening to a lot of Vaporwave and Italo-Disco at the moment. I’m late to the Vaporwave party but I’m also late to the Italo-Disco party by about 4 decades, too, so what’s a couple of years here and there. 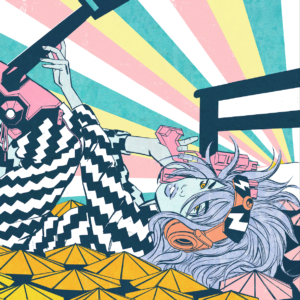 You’re the interviewer, not me!

any suggestions for who we should interview next?